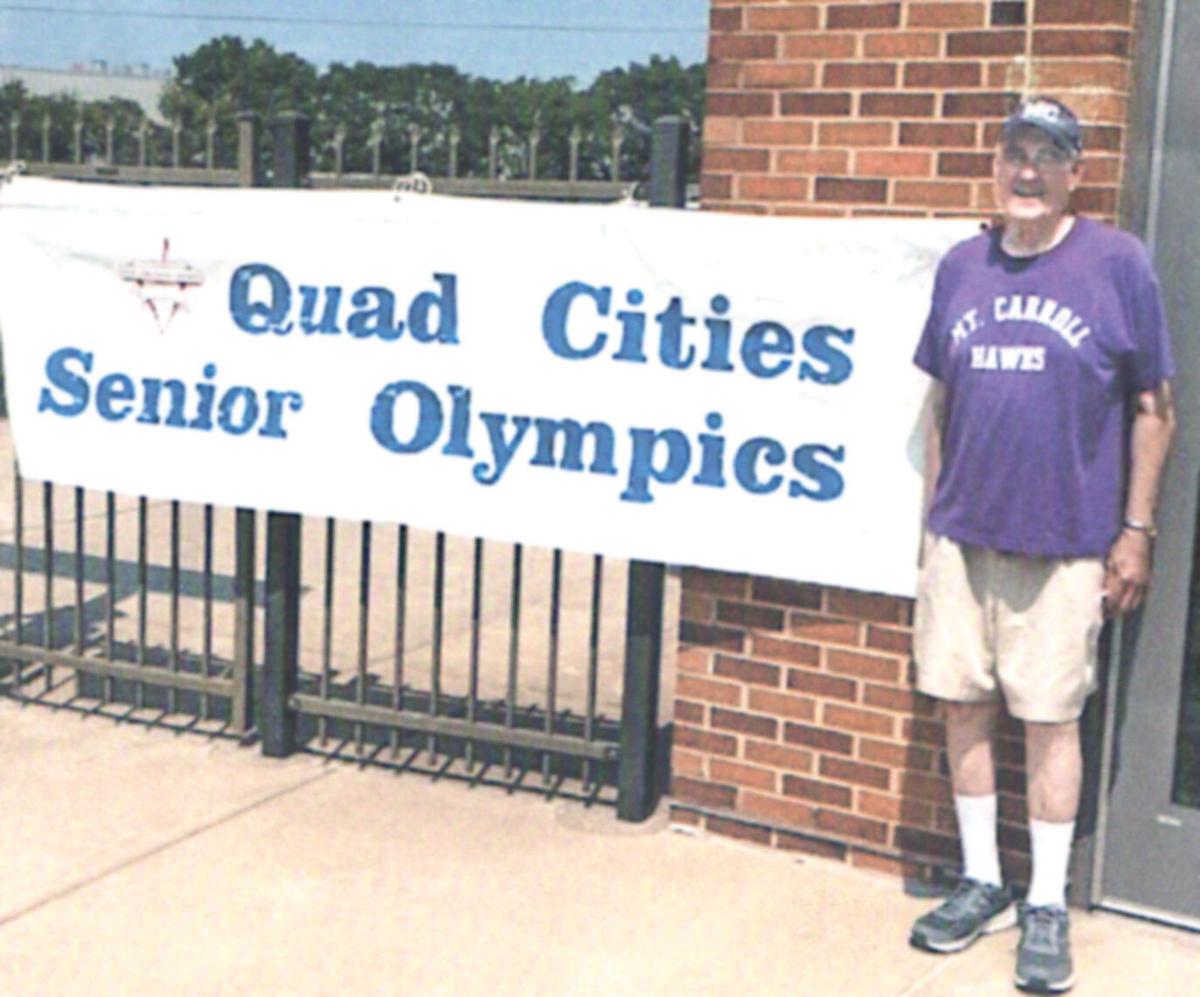 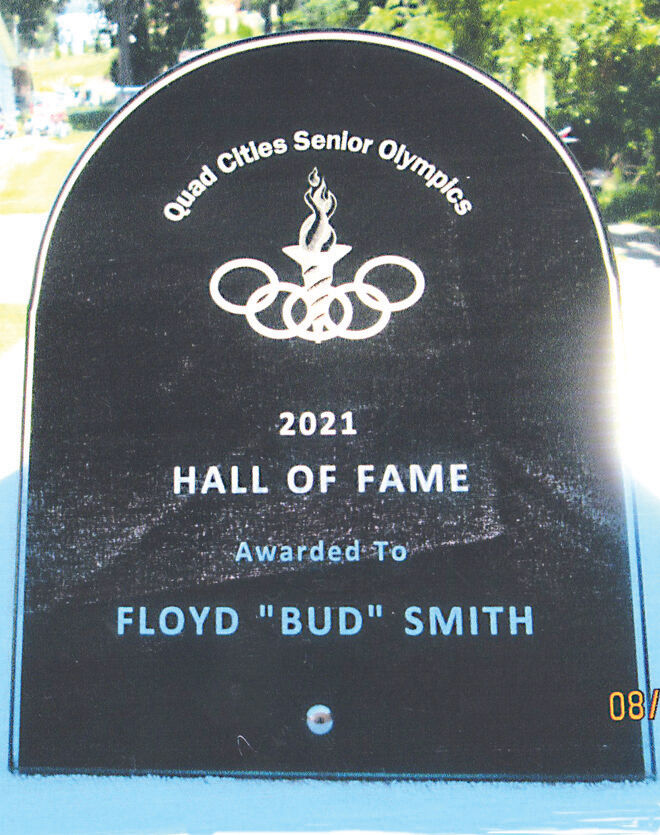 It was during this meet that a very special honor was bestowed upon the affable and upbeat Smith.

He was officially inducted into the Quad Cities Senior Olympic Hall Fame for his 30 years of participation during which he set several high jump records along with collecting many medals.

His daughter, Amy, 51, competed with Bud at the July 31 Senior Olympics. “That created a special memory for both of us,” he said. “She is quite good in triathlons.”

While a student at Mount Carroll High School, Smith, who graduated with the Class of 1954, cleared the high jump bar at 6’2-3/4” to win the state high jump title as a junior. That was when all schools — large and small — competed against each other.

His picture appeared in newspapers through the state of Illinois, and not just because he was from a small town or due to his skill in clearing the high jump bar.

It was his style — he jumped without wearing track shoes — that prompted him being called “Flyin’ Floyd, The Barefoot Boy.”

During a 1982 interview with the Mirror-Democrat, Smith said he attributed his success to his MCHS track coach, Bob Duffield, who helped mold the skinny high school freshman into a world-class high jumper. He will forever claim title to the MCHS high jump record of 6-foot-4.

After graduation from MCHS in 1954, Bud attended Northern Illinois University where he held the NIU high jump record of 6’8-3/4” until the mid-1970s.

As a member of the NIU Huskies men’s track team, Smith competed at many venues, including Madison Square Garden and at Abilene, Texas, in the National Association of Inter-Collegiate athletes.

One special career highlight came in 1957 he defeated future NBA legend Wilt Chamberlain at the Kansas Relays with a leap of 6’9”.

The year 1957 turned out to be a especially memorable for Smith. From June until August of that year, Bud had the highest jump in the world at 6’11-3/4”, until a Russian cleared seven feet.

“If you remember our Mirror-Democrat interview in 1982, you asked me how long I planned to compete, and I answered until I was 87,” Bud said.

“I picked that age because that is how old my dad was at the time. That was a wild guess, but in reality, I will be 87 on my next birthday.”