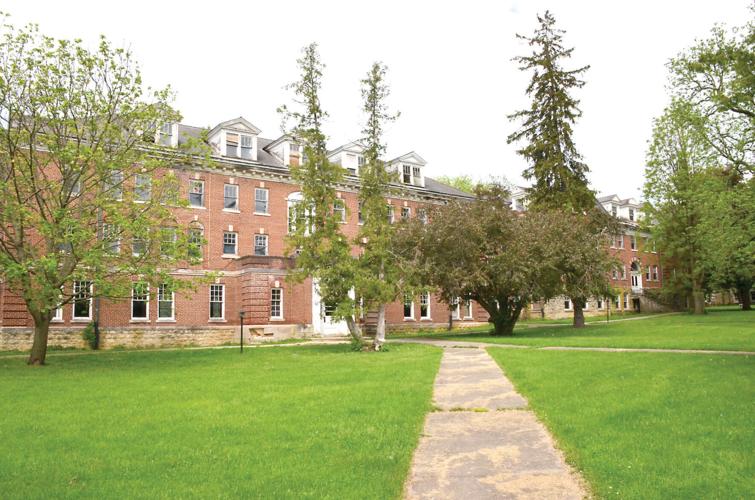 Rock Island Economic Growth Corporation (GROWTH) announced this week a major development in the Shimer Square project with the news that a final financing commitment has been received from the Illinois Housing Development Authority for the rehabilitation and redevelopment of McKee/Hostetter (pictured above) and Dezendorf halls. 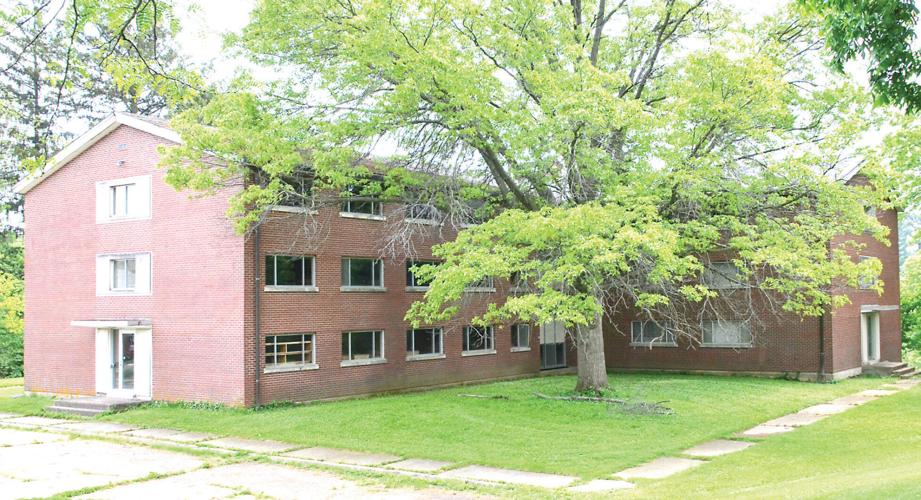 Dezendorf Hall is part of the next Shimer Square phase for rehabilitation and redevelopment after the Illinois Housing Development Authority approved the final financing commitment for Rock Island Economic Growth Corporation (GROWTH).

Rock Island Economic Growth Corporation (GROWTH) announced this week a major development in the Shimer Square project with the news that a final financing commitment has been received from the Illinois Housing Development Authority for the rehabilitation and redevelopment of McKee/Hostetter (pictured above) and Dezendorf halls.

Dezendorf Hall is part of the next Shimer Square phase for rehabilitation and redevelopment after the Illinois Housing Development Authority approved the final financing commitment for Rock Island Economic Growth Corporation (GROWTH).

Though delayed by the pandemic, representatives from the Rock Island Economic Growth Corporation (GROWTH) say development of the Shimer Square property in Mount Carroll is expected to begin sometime this year.

Construction on Phase One of the project, including the conversion of Hathaway and Bennett Halls into one-bedroom and studio apartments, was anticipated to have been underway by now.

"It was kind of the perfect storm in the worst way," said Davidshoffer.

However, he emphasized that while Phase One has been delayed, GROWTH is working with the state to "re-prompt the closing stage again" and could see the first phase ready for construction as soon as within 90 days, adding he is confident construction will begin before the end of this year.

In another significant development for the project, GROWTH is beginning the closing process this week of the next Shimer Square phase — the rehabilitation and redevelopment of McKee/Hostetter and Dezendorf halls. McKee/Hostetter are the two connected buildings in the center of the campus while Dezendorf is at southern edge of the campus, immediately south of the former tennis courts.

GROWTH announced late last week that the project has received the final financing commitment from the Illinois Housing Development Authority (IHDA) and will receive millions of dollars in low-income housing tax credits.

Davidshoffer said GROWTH staff members were ecstatic to learn Friday, May 21, that IHDA's Board of Directors unanimously approved the redevelopment effort in what he called a "competitive" application process.

Davidshoffer explained the commitment from the IHDA is for $1.4 million in tax credits annually over a 10-year period, which will generate $12 million of equity in the project.

“GROWTH worked diligently to provide a full scope of Shimer Square's redevelopment plan, specifically detailing its intentions toward the McKee/Hostetter and Dezendorf Halls," the company said in a news release.

Total project costs for this phase exceed $18.7 million that, according to GROWTH, “will result in the creation of an entirely new tax base for the city of Mount Carroll, create 200 construction jobs, and provide housing that is affordable to new residents who wish to call Shimer Square home.”

"This announcement was key to ignite the comprehensive, multi-year redevelopment plan we all have worked so hard to achieve," said GROWTH President/CEO Brian Hollenback. "We thank the Mount Carroll community in entrusting GROWTH to carry out the shared vision aimed to preserve and revitalize Shimer Square.”

Added Hollenback, “We are eager to break ground on one of the many pieces that will transform the campus into a mixed-use, diversified portfolio of housing, business incubation, artist and community space that is sustainable, diverse, and an inclusive historic community asset built for the future."

Davidshoffer confirmed to the Mirror-Democrat Monday that GROWTH is ready to begin the closing process on the second phase, with the formal bidding process for the work scheduled to begin shortly.

He encouraged local companies to bid on the project, saying, “We want to utilize as many local contractors as we can.”

Davidshoffer did not anticipate any problems with construction of both projects working in tandem, saying they hope to utilize some of the same sub-contractors on both projects.

"We are hoping it actually works in our favor," Davidshoffer said.

He noted that if construction begins for both phases by the end of this year, it would mean a total of $30 million worth of development would be starting in Mount Carroll before the end of 2021, which he said was an exciting thing.

Since taking ownership of the Shimer property, GROWTH has engaged and worked with federal, state and local sources to advance its redevelopment plan while stressing the importance of the campus, the benefits it will bring, and how vital it is to keep this important piece of history alive and redeveloped for the future.

The GROWTH development team is looking to schedule a formalized groundbreaking in the future that will include members of the community. To learn more, visit www.ShimerSquare.com.