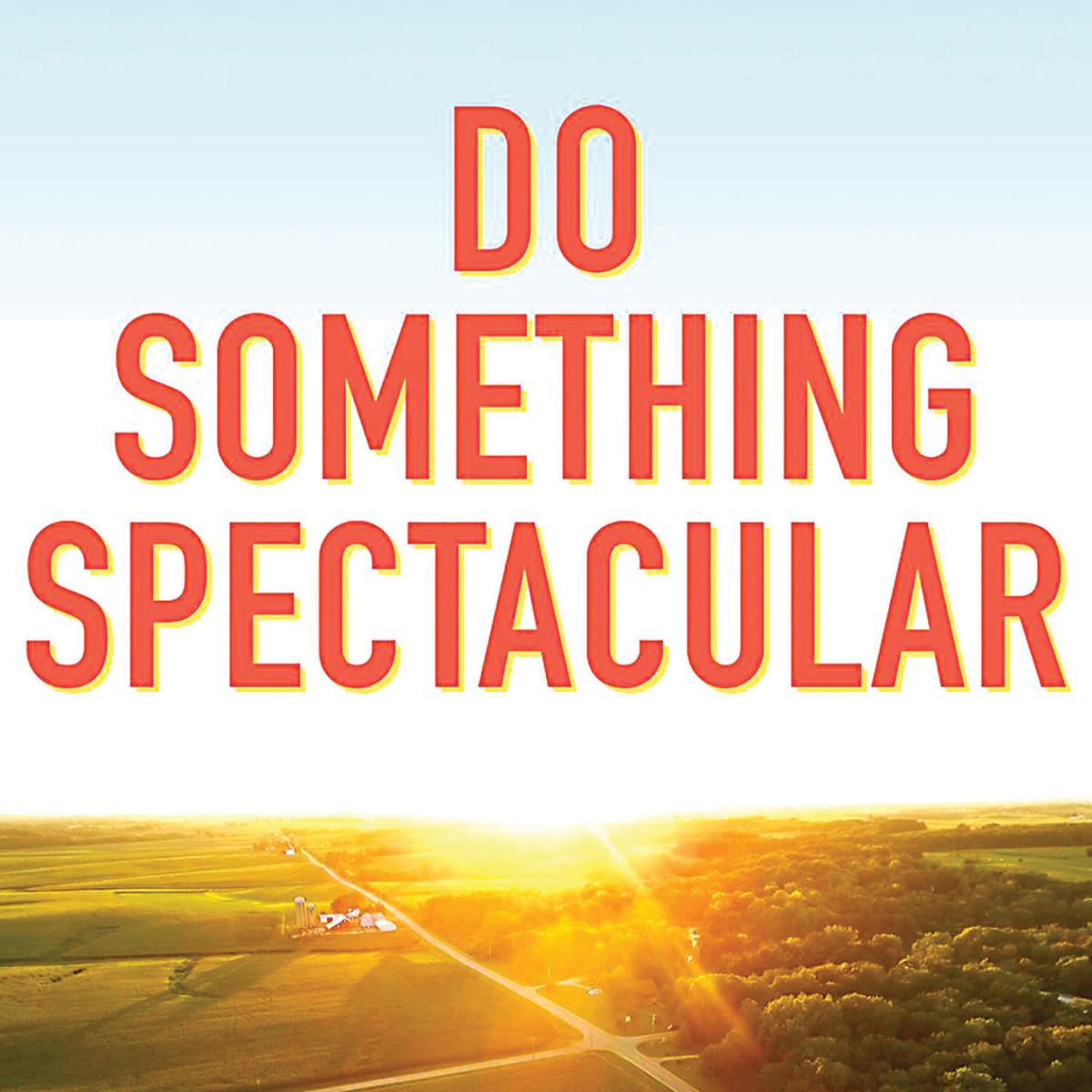 A new documentary about Timber Lake Playhouse, “Do Something Spectacular,” has been released and is available to view online free of charge. Filmmaker John St. Pierre filmed the documentary during the 2017 TLP season. 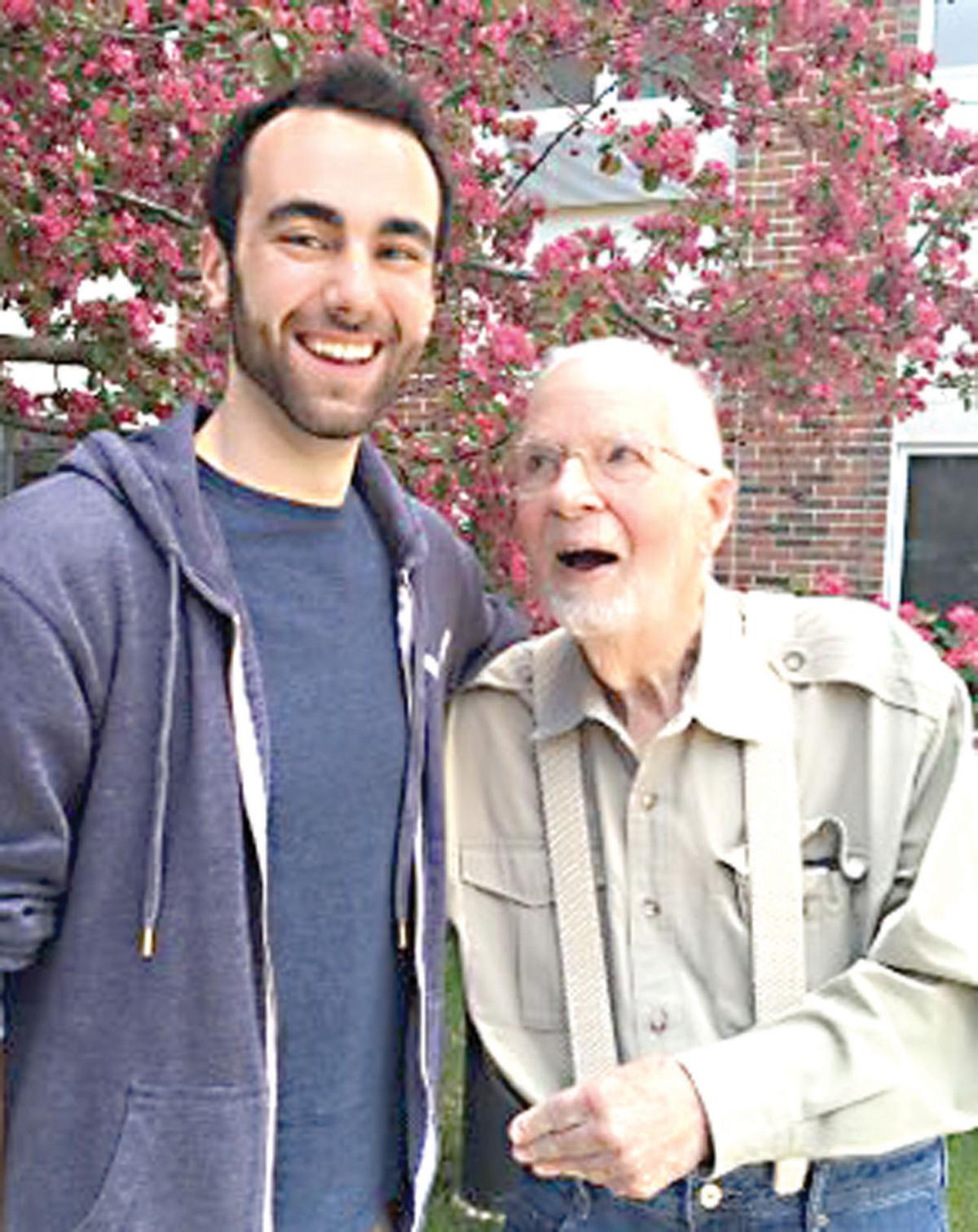 A new documentary about Timber Lake Playhouse, “Do Something Spectacular,” has been released and is available to view online free of charge. Filmmaker John St. Pierre filmed the documentary during the 2017 TLP season.

Timber Lake Playhouse has been a part of Mount Carroll, Carroll County and northwestern Illinois for almost six decades. Now the theater, which continues to inspire young artists, is featured in a young filmmaker's first documentary, “Do Something Spectacular.”

John St. Pierre, 22, now living in Los Angeles, Calif., graduated in 2019 from Loyola University in Chicago with a degree in film making. He is currently pursuing a Master of Fine Arts from the Peter Stark Producing Program at the University of Southern California, with plans to graduate in 2021.

His nearly two-hour-long documentary on TLP recently was posted online for people to view free of charge at https://vimeo.com/309884265. More information can be found at the Do Something Spectacular Facebook page. A trailer for the film is available on YouTube.

"After due consideration of the best way to release the film, I decided now is the perfect opportunity to bring a positive experience to the theatre community and beyond,” St. Pierre told the Mirror-Democrat in an email. “I've put it online to stream for free, with the idea that it can be accessed by anyone while we're cooped up inside.”

Added St. Pierre, "In this very confusing and uncertain time, I hope “Do Something Spectacular” can inspire us and remind us why we do what we do. It's a testament to the power of art and collaboration, especially when things feel particularly impossible."

St. Pierre learned about TLP from one of his friends at Loyola University, Kieran McCabe, who had been a member of the theater company during the 2016 summer season.

St. Pierre recalled that McCabe was quick to tell everyone how wonderful TLP was, saying, "In fact, he wouldn't shut up about it.”

He added that his friend was "over the moon" when cast as part of the 2017 resident company.

"And after several long and enthusiastic conversations with him, I began to get the picture — this TLP is a really special place," St. Pierre said.

During their conversation, McCabe told St. Pierre the TLP experience was so unique he struggled to properly describe it to his friends and family.

"I thought, well, somebody should make a movie about it,” said St. Pierre. “Before long, I got it in my head that I might as well be that somebody.”

He said his goal was to capture the TLP experience, so people like McCabe could share TLP with friends and family "without struggling to describe this indescribable place."

As an added inspiration to produce the documentary, St. Pierre said that when he learned 2017 would be TLP Artistic Director James Beaudry's final summer after 17 years at the playhouse, "it was a no-brainer."

St. Pierre met with Beaudry to discuss the project and "somehow negotiated free room and board," he said, adding, “And just like that I was off to the woods.”

St. Pierre lived on the TLP campus for the entire 2017 summer season, filming everything he could and conducting as many interviews as time would allow.

TLP Executive Director Dan Danielowski said St. Pierre was a part of the resident company during this time, sleeping and eating with them and following them around most days.

"His immersion into what we do at Timber Lake, I think, is what made the documentary that he did so real," Danielowski said.

St. Pierre's interviews included many "off-site" visits with members of the community. One such interview that affected him greatly was with one of the founders of Timber Lake Playhouse, Andy Bro, who recently died. St. Pierre said he will never forget his interactions with Bro.

"He gave me so much more than a history of the playhouse,” said St. Pierre. “Far more than a good storyteller, Andy spoke with a strong sense of mission, and his approach to creativity and leadership is one that we can all learn from."

Added St. Pierre, "His principal goal in establishing TLP, as I understand it, was always to empower a new generation of artists and bring a community together around the magic of theatre. ‘Do Something Spectacular’ is proof that he succeeded."

St. Pierre recalled leaving his first interview with Bro with a "newfound sense of duty to telling this story."

"Without exaggeration, he (Bro) embodied the spirit of TLP, and from now until forever TLP will embody the spirit of Andy Bro," St. Pierre stated.

Bro passed away Jan. 16, 2020. St. Pierre said that last May, TLP alumni Kieran McCabe and Ken Singleton joined him in a visit to Andy and Lu Bro at their senior living community in Freeport.

"We watched the finished documentary together, to rave reviews I might add, and after sharing some tears and a box of cookies, we had a lively discussion about the film, the playhouse, and the future," St. Pierre recalled. "Andy was as lovely as ever, and he made a point to encourage the three of us in all of our future endeavors. An incredible man."

Danielowski shared that not long after the three left the Bros after watching the documentary, Andy Bro called him about the visit and the film.

"He was very tickled about them being there," Danielowski said.

St. Pierre described his experiences documenting the 2017 TLP season and researching the playhouse as inspiring. He said that while surrounded by people "putting in extra work," it was hard not to join in. Whenever he did not have a camera in hand, St. Pierre was doing his part to tear things down and put things up just like the rest of the company. He added that he was awed by the relationship between the company and the community.

"After a week or so, I realized I was in the midst of something absolutely incredible,” said St. Pierre. “Local business owners like Bob Watson and Ben Johnson were so enthusiastic about sharing their perspective on the playhouse. I think you hope for this as a documentarian — in many ways, the TLP story told itself."

By the end of his time at TLP, St. Pierre had collected more than 330 hours of footage, about 60 interviews, and more photos, documents, and newspaper clippings than he "knew what to do with."

All of this work was done by himself, including the camerawork, sound recording, and everything in between. While part of this was due to a limited budget, St. Pierre said he also was thrilled by the unique opportunity to practice as many skills as possible.

"As I quickly discovered, that ambitious endeavor was right in line with the ‘total theatre’ spirit of TLP,” said St. Pierre. “I was making ‘total film.’”

“Do Something Spectacular” is St. Pierre's first feature film and the first documentary he has had creative control over. Explaining his approach to the documentary, he said he does not consider himself a documentarian as much as a storyteller in the more general sense.

"I compare the craft to scrapbooking,” he said. “It's curating an experience for the audience using whatever interesting tidbits can be found. I believe that every filmmaker should make at least one documentary in their career, if not for anything more than the learning experience."

St. Pierre said that upon his initial arrival at TLP, he was unsure of the story he would be telling and he truly found the story during his two years of editing the film. Ultimately, he decided to structure the story around the six main stage shows as "chapters," each with a different focus.

He said the finished product "dedicates time to the history of the playhouse, the behind-the-scenes of how these impossible shows come together, James Beaudry's legacy at the theatre, and more."

The music in the documentary is completely provided by the talented people who have lived in the area or worked at TLP. This includes Ben and Molly Johnson, who recorded their album together in Mount Carroll.

After viewing the completed film, Danielowski said he felt ‘Do Something Spectacular’ is "weaved together" very well.

"One cannot exist without the other. And that's true of how many other hidden gems in communities around the world? Not just theaters, but faith communities, sports teams, non-profits of all kinds, anything that unites people in unexpected ways," St. Pierre said. "Just as the theatre brings a degree of culture to the town of Mount Carroll each summer, it also opens up the resident company to a slice of rural life that they would never experience otherwise."

Danielowski said he and everyone else connected to TLP are thankful to St. Pierre for all of his work on ‘Do Something Spectacular.’

"I believe the film reflects the playhouse's legacy and lasting impact," Danielowski said.

He added that the film and its interviews with Bro have inspired him to spend more time talking with and recording the founders of Timber Lake Playhouse.

St. Pierre said he had heard about the "magic" of TLP and how it could change people's lives. However, while he hoped to film that magic, he never truly expected it to happen to himself.

"I went in as the videographer but came out as a company member,” he said. “I'm not alone when I say that James (Beaudry) took a chance on me and believed in me, and I extend my sincerest appreciation for his welcoming response to my ambition."

"I join thousands of young people across the country who can proudly thank TLP for jump starting their artistic career. Thanks for giving me the chance to show the world what I can do!"