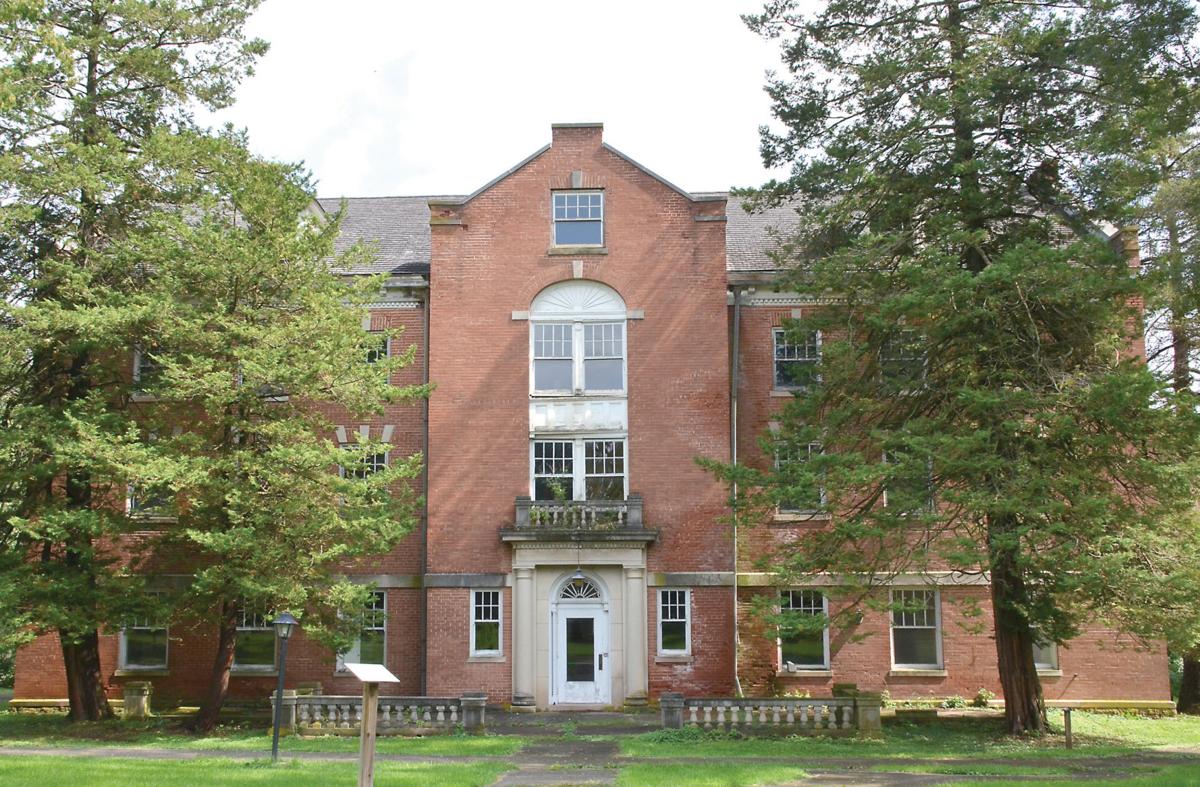 Two former dormitory buildings on the east side of the former Shimer College campus in Mount Carroll — Hathaway Hall and Bennett Hall — are included in the first phase of the Shimer Square project to convert the buildings into apartments for rent of purchase. The developers, Rock Island Economic Growth Corporation, said construction may begin in October. 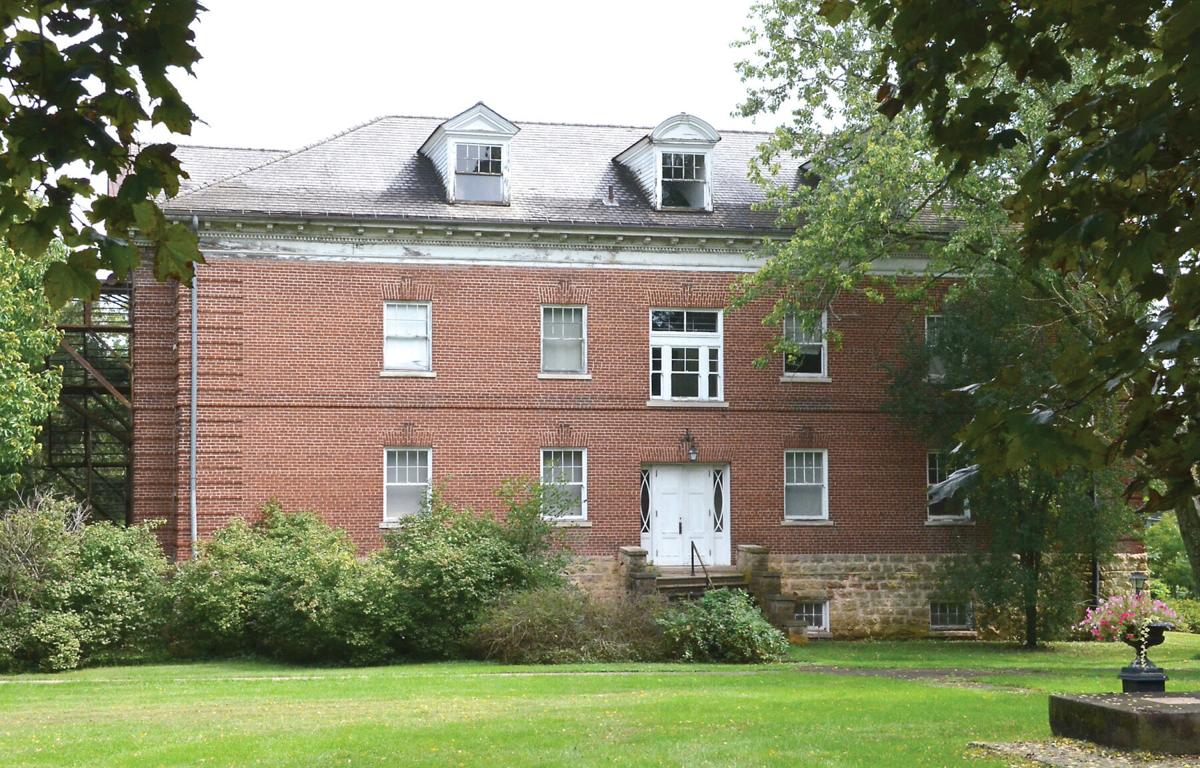 Two former dormitory buildings on the east side of the former Shimer College campus in Mount Carroll — Hathaway Hall and Bennett Hall — are included in the first phase of the Shimer Square project to convert the buildings into apartments for rent of purchase. The developers, Rock Island Economic Growth Corporation, said construction may begin in October.

The ongoing Shimer Square project in Mount Carroll will receive $3 million in assistance from a statewide incentive program encouraging private investment in historic properties across Illinois.

The Illinois Department of Natural Resources (IDNR) announced the third round of recipients of the Illinois Historic Preservation Tax Credit Program on Friday, July 10.

The Rock Island Economic Growth Corporation's (GROWTH) work at the former Shimer College campus was one of four projects in the state that were awarded tax credits last week.

"What's great about this program is that it encourages substantial private investment and leverages federal tax credits to create construction jobs, boost local economies and bring underutilized buildings back to life and back onto the tax rolls," IDNR Director Colleen Callahan said in a pres release. "The rehabilitations and the businesses that relocate into them generate millions of dollars in state and local tax revenues, so it really a win-win for communities and business owners."

The state tax credit program gives priority to buildings that are in low-income census tracts, federally declared disaster areas, and counties that border a state with a competitive statewide historic tax credit.

GROWTH Vice President Jon Davidshofer confirmed to the Mirror-Democrat/Times-Journal Monday, July 13, that the Shimer Square project at 203 E. Seminary St. in Mount Carroll received the maximum amount of credits it was eligible for — $3 million.

He said the Shimer Square project was eligible for this high amount of tax credits much due to the number of Qualified Rehabilitation Expenditures (QRE's) involved with the project.

"These credits play a vital piece in the first phase of redevelopment,” Davidshofer said in an email. “We will work with an investor to monetize the credits and use them as part of our capital stack. These credits will allow us to bring crucial dollars to the closing table to get the project closed and construction started."

GROWTH took over the former college campus — which later was the home of Campbell Center for Historic Preservation Studies — more than a year ago.

Plans call for a multi-million dollar redevelopment of the 14-acre campus through several phases over a five-to-seven-year period. Officials said the project includes converting many of the college buildings into apartments for rent and purchase, as well as eventual commercial spaces.

GROWTH staff members worked on the application process in late 2019 and early 2020, Davidshofer said, noting that hundreds of hours were spent to obtain the tax credits.

"Not only did we have to submit our request with the Illinois State Historic Preservation Office, but we also had to document every room of every building for the National Parks Service to ensure we were keeping the historical integrity of the campus," Davidshofer said. "After documenting all of the rooms, we had to create narratives to submit for approval that discussed our intentions with all of the buildings."

Davidshofer said GROWTH stressed the "importance of the campus, what benefits it will bring for the community and the region, and how vital it was to keep this important piece of history alive and redeveloped for the future."

Phase 1 of the project involves renovation of the Hathaway and Bennett dormitory buildings on the east side of the campus quad into one-bedroom and studio apartments.

Earlier this year during a meeting on the campus with U.S. Cong. Cheri Bustos, officials with GROWTH spoke about possibly including the renovation of the Dezendorf dormitory as well, which is located just south of the former tennis courts along South Clay Street (Illinois 78).

Davidshofer said Monday that GROWTH is currently working on getting the final pieces of financing together for the first phase, with plans to start construction on Bennett and Hathaway halls in October, a couple of months later than originally planned.

He said the delay is due to the Covid-19 pandemic, which created a two-month delay in the Historic Tax Credit Process.

Davidshofer thanked everyone who assisted in this process and encouraged the community to continue to follow the project's progress at www.shimersquare.com.

"GROWTH is proud to be a part of the Mount Carroll community. Please be patient with our organization as we move forward with shared plans to redevelop this strategic property,” said Davidshofer.

“Your goal for Shimer Square is also ours, to redevelop and restore this community gem. Thank you for joining us on Shimer Square's redevelopment journey.”

Three other Illinois rehabilitation projects were awarded the tax credits last week: Bloomington High School, which is being converted into Washington Senior Apartments; Garfield Elementary School in Moline, which has been successfully rehabilitated into affordable senior housing; and West Pullman Elementary School in Chicago, which is one of the 49 schools closed across Chicago in 2013 and is being renovated into 60-units of affordable senior housing.

The Illinois Historic Preservation Tax Credit Program, administered by the IDNR State Historic Preservation Office, is available to owners of historic structures who undertake certified rehabilitations making them eligible for a tax credit of 25 percent of their qualified rehabilitation costs up to $3 million per project. Credits are limited to a total of $15 million in allocations per year, with a total of $75 million in tax credits available over the five years that the program is to be in effect.

During the first round of the second year of the Illinois Historic Preservation Tax Credit Program, complete applications received represented 16 historic properties in nine different communities across the state. The total private reinvestment of all project applications is estimated to exceed $290 million. The total amount of credits requested were approximately $29.3 million, and $7.5 million of credits were able to be allocated. The rehabilitation tax credits are awarded only after substantial private investment has been made in local communities.