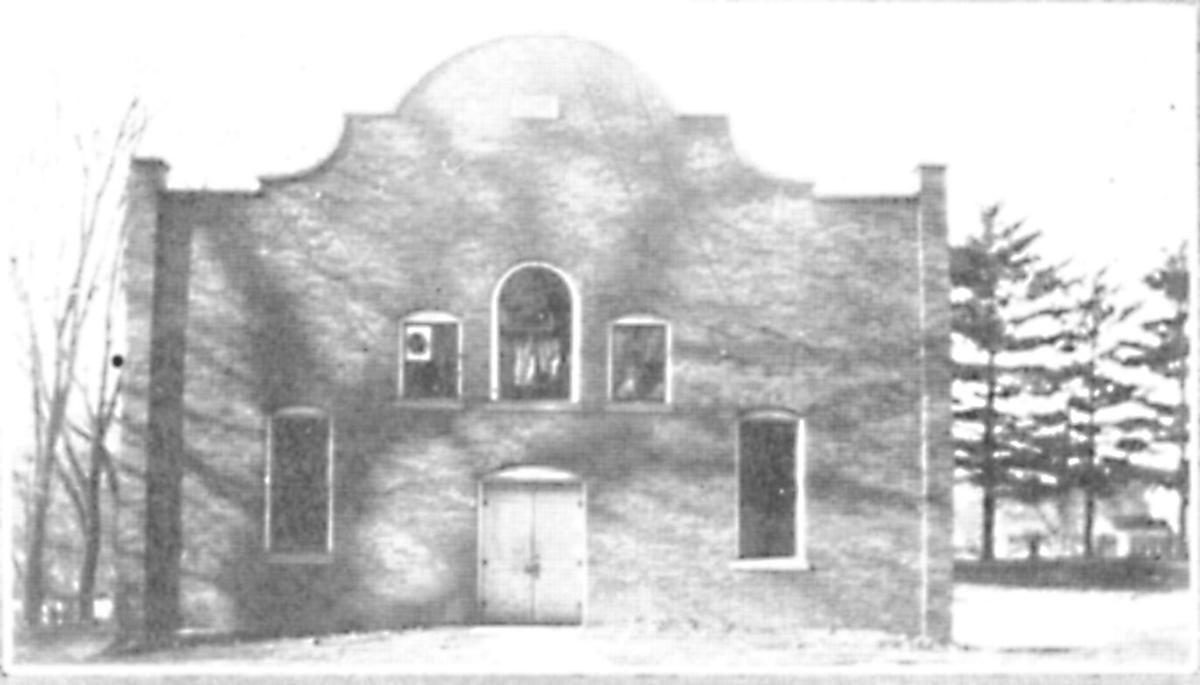 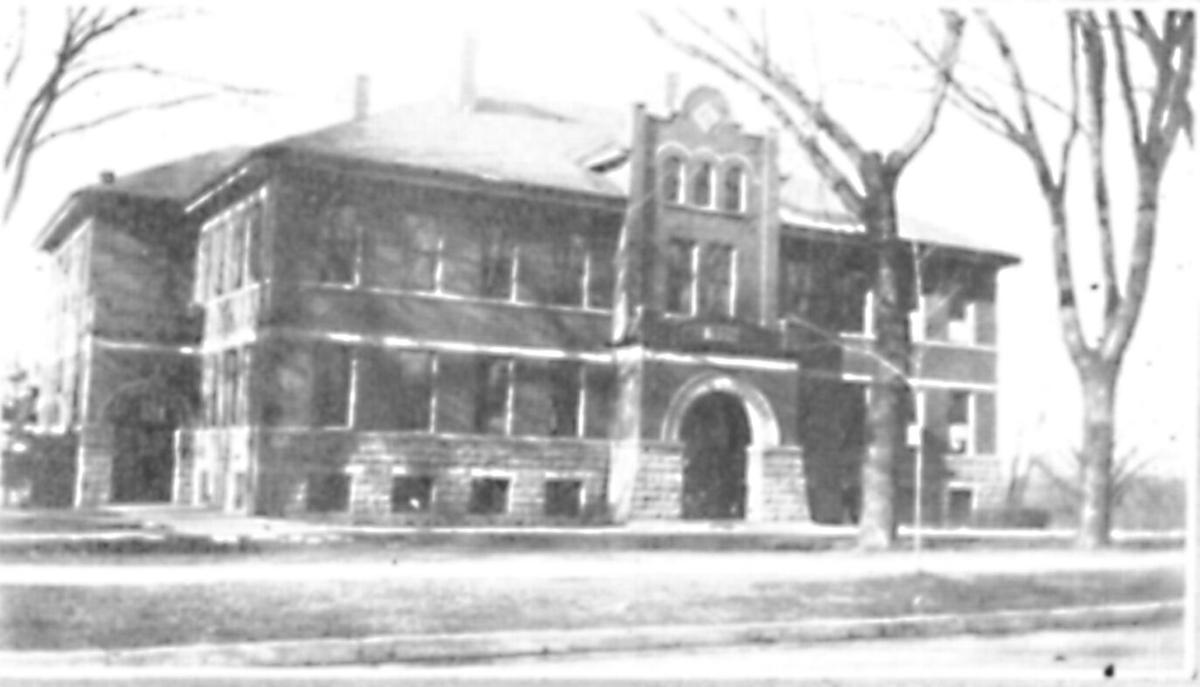 Editor’s Note: The Tuesday, Feb. 23, 1937, edition of the Carroll County Mirror-Democrat, which billed itself as “An Independent Republican Newspapers Published Semi-Weekly at the County Capital,” carried a story under the headline, “Tonight’s Game Will Mark ‘Finis’ to Gym Built by Volunteers.”

The sub-headline above the story reads, “A Monument of Perseverance of Youth To Provide Essential Which Was Lacking.”

The gym was located a short distance southwest from the 1908 high school building. It was attached to the grade school addition built in 1955, and served as the school cafeteria. It also was known as the “Little Gym,” in comparison to the “Big Gym” (later to be well-known as The Snake Pit) in the high school addition which opened in late fall of 1938.

The photos are from the 1924 Waukarusa, Mount Carroll High School’s first-ever yearbook. The 1937 Mirror-Democrat article follows.

The Polo-Mt. Carroll high school basketball game here tonight, the final of the season for the local cage team, marks the end of basketball competition in Mt. Carroll’s tiny gymnasium. Next winter games will be played in the new gymnasium which will be a part of the addition to the high school building, now under construction.

Passing out of use of the old “band box” gym, the scourge of visiting teams and the nightmare of Mt. Carroll coaches for 25 years, brings to mind the fact that the building is a monument of perseverance and determination of youth to provide an essential that was lacking.

The gymnasium, which has served so many years and which is admittedly inadequate, was constructed not by the appropriation of tax money but through the efforts of students of the high school in about 1910.

Mt. Carroll high school at that time had no gymnasium of its own. Basketball games were played in the old Patterson opera house which stood on the location of the present Standard Oil filling station (current site of Assurance First Title Co., 301 N. Clay St.) Practice sessions were also held in the old Cole opera house, which was on the site of the vacant lot, northeast of the Baptist church, and which was razed many years ago. (location Dr. E.M. Colli’s office and residence, now owned by Steve Newell, 102 E. Washington St.)

Led by R.J. Gorman, science instructor and a favorite of the student body, a movement was started to provide a gym that could be called the property of the high school. The movement was met by much opposition from citizens of the city and even from the school superintendent.

Undismayed by this opposition and the repeated suggestions that the proposition would prove a failure, Gorman went ahead and drew up plans for the building.

When actual work started the labor was done by every able-bodied boy in the school. The students of that day worked before school, after school and even skipped a few classes to toil on the building. Excavation and construction of forms for the foundation was all done by students. Even the first cement mixed and poured was prepared by student labor. The building of the cement foundation was aided by Grant Hungerford and his crew with a cement mixer and the work was speeded up.

The progress being made on the building tempered the ridicule and opposition which had formed in the beginning. Donations of labor and material were forthcoming and money was advanced by the school board for necessary labor.

Finally the structure was completed and a hardwood floor was laid. If memory serves correctly, the only expert carpenter work done on the building was in the laying of the floor. This work was done by Luther Sisler and his crew.

The first year that the building was used there was no regular ceiling, only the rafters and the main boards in the roof. This naturally was a handicap to lighting and also to heating the building. Students helped this weakness by stringing wiring lengthwise at the top of the building and then stretching red building paper over the wires. This did as a ceiling until later when the present day ceiling was put in.

The building has been far from a good gymnasium; but it seems a lot better when one realizes how it was constructed.